For this project I am builiding a modular, FPGA powered MIDI/OSC Control Surface.

The setup consists of an arduino MCU as a master controller, that communicates to the PC over SLIP-encoded Serial OSC messages. The controller talks to daughterboards over SPI. Each daugherboard contains a rotary encoder, 8 RGB LEDs and does capacitive sensing on the knob.

This was the first time I worked with an FPGA, and the first time I designed my own PCBs as well. The FPGA I used is an ICE40UP5k, it was targeted using the icestorm open toolchain and Verilog. I started by prototyping using an UPduino v2 Prototyping board (orange), and my failed rev1 PCBs (green). On the FPGAs I implemented capacitive sensing, the SPI slave and control logic before moving on.

proto_rgb
driving WS2812 RGB LEDs on the prototype board
proto_spi 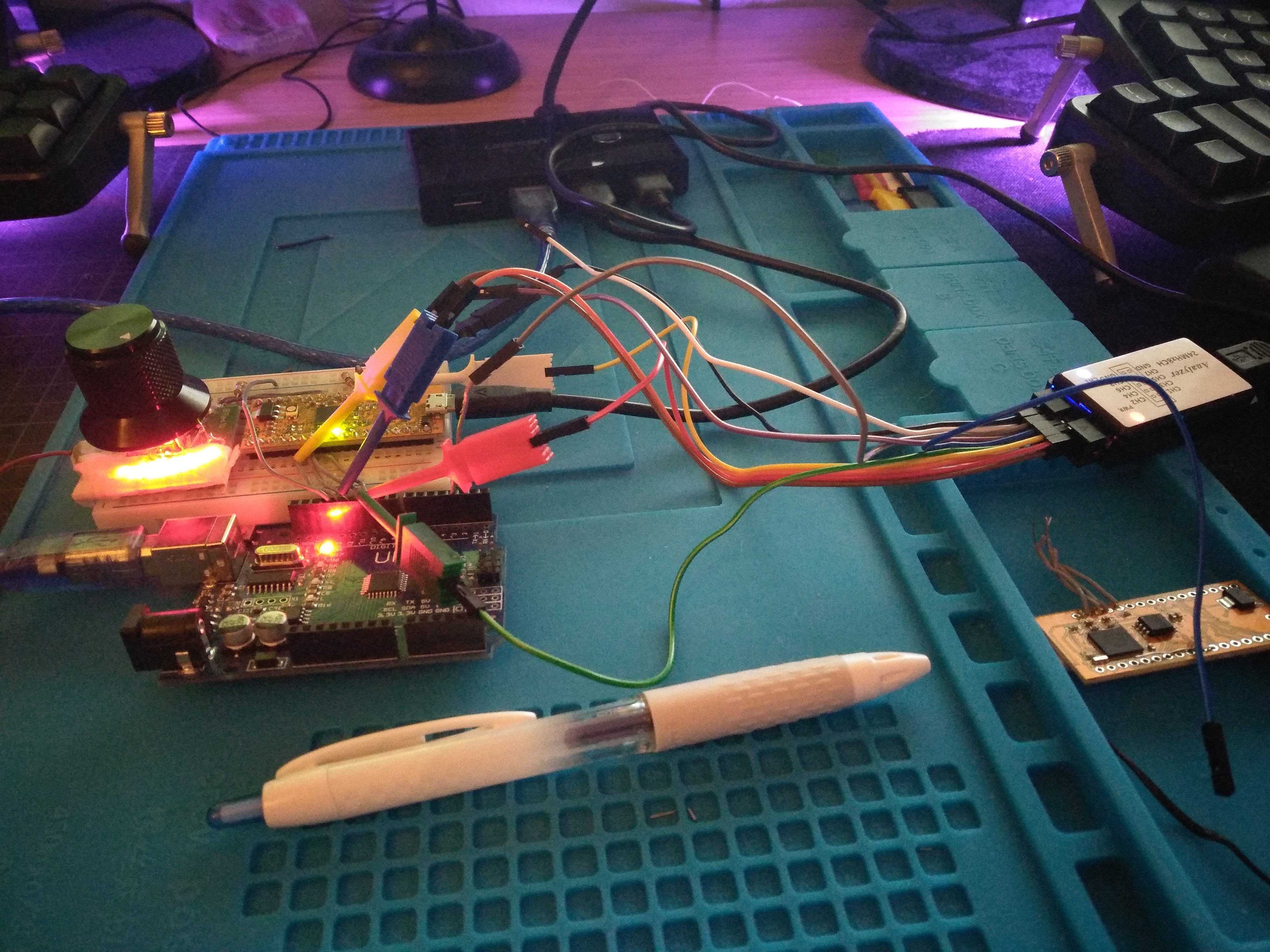 Once I got everything working there I designed my custom boards with the FPGA integrated directly, including power conditioning and configuration. There is also a busboard that manages SPI addressing / multiplexing as well as latching the power state for each daughterboard, so that they can be started and configured individually. 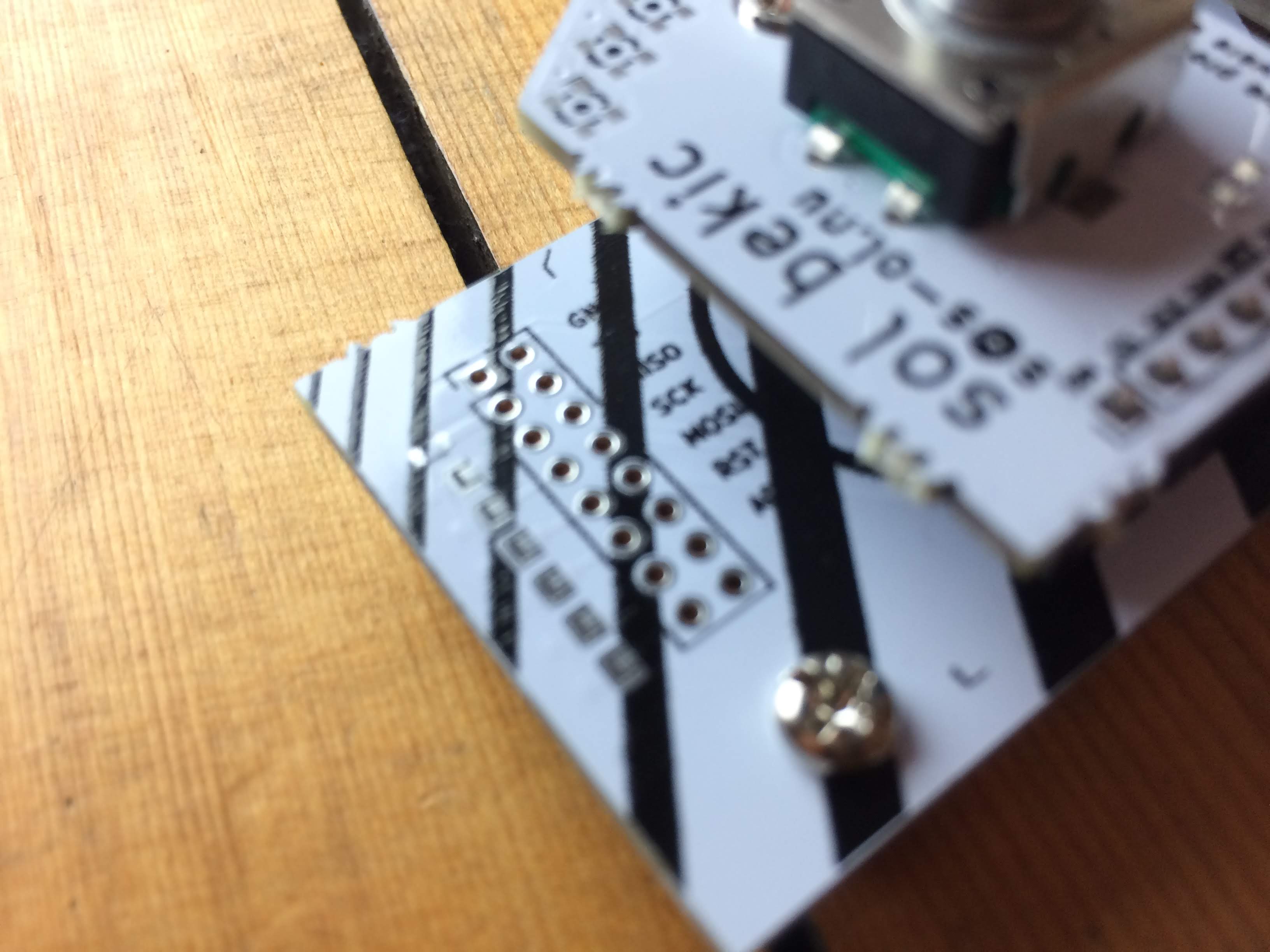 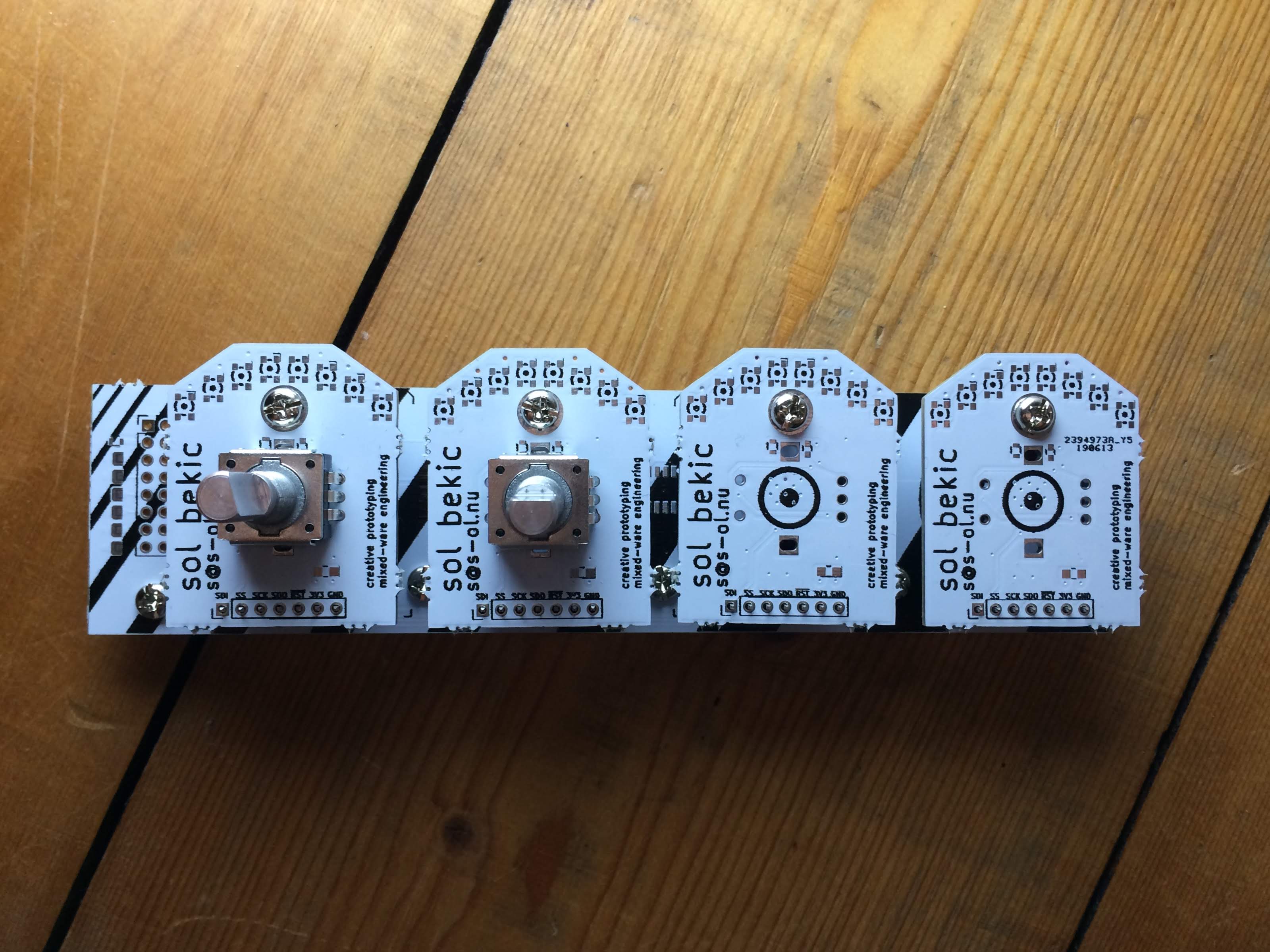 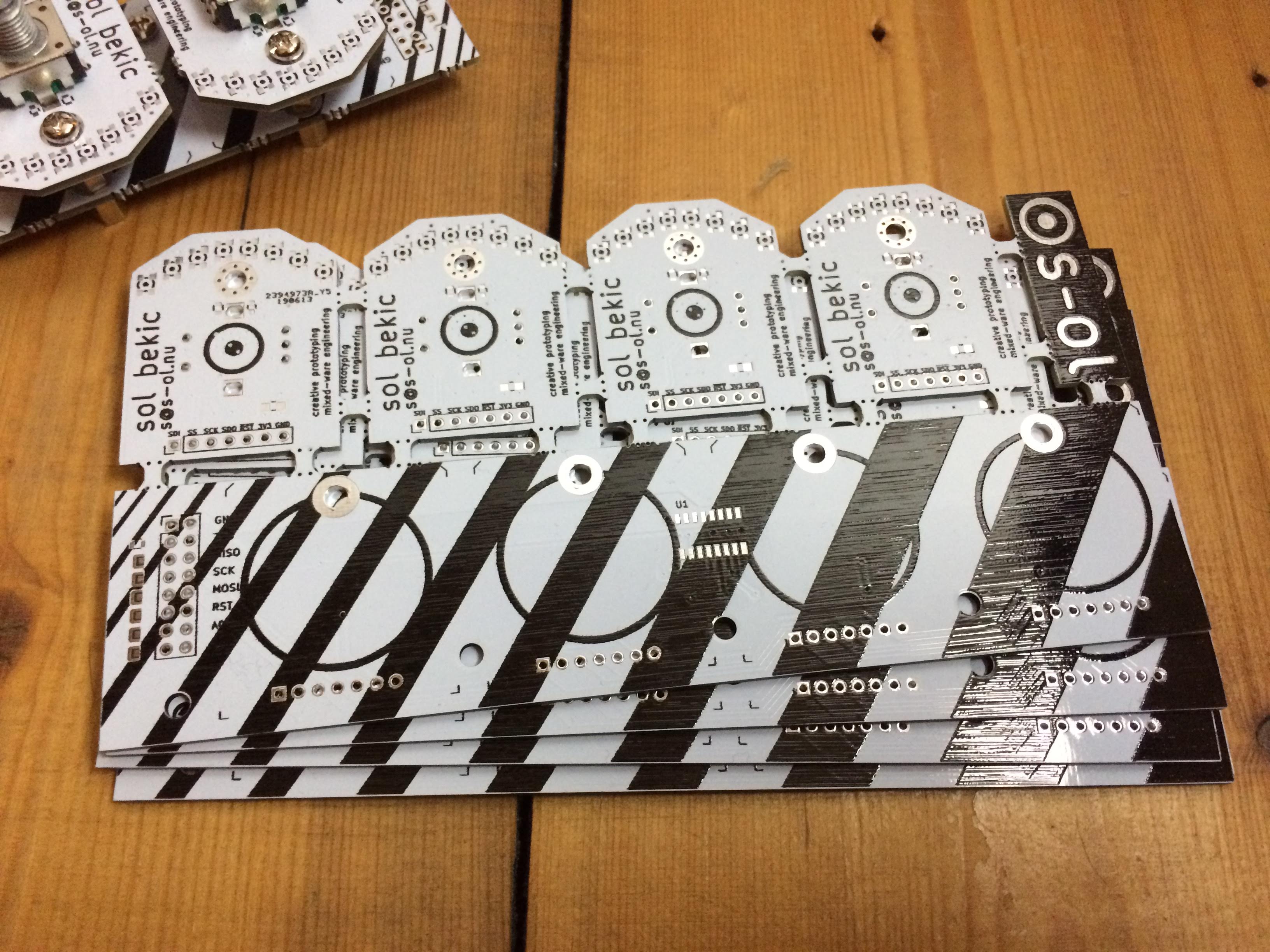 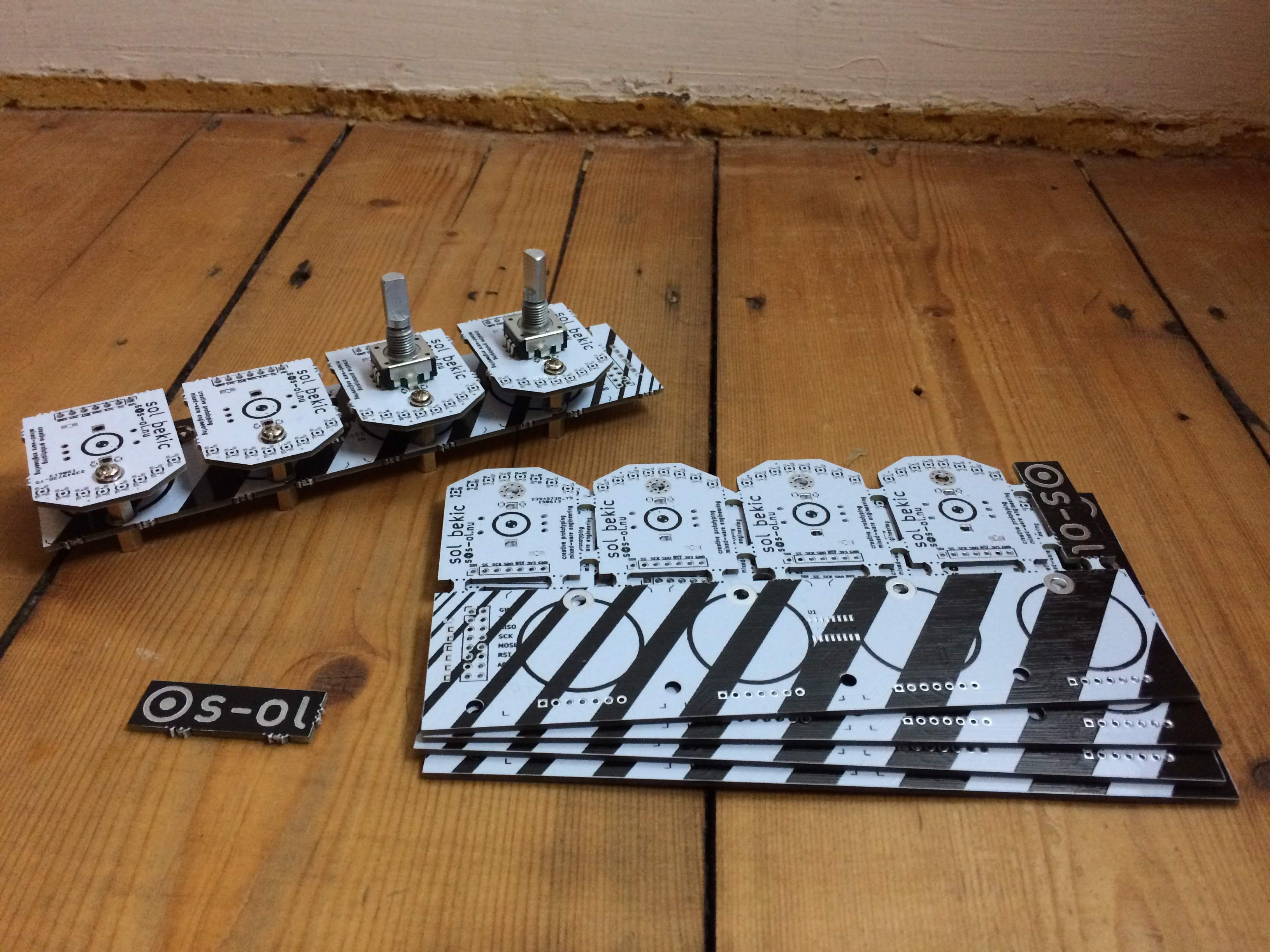 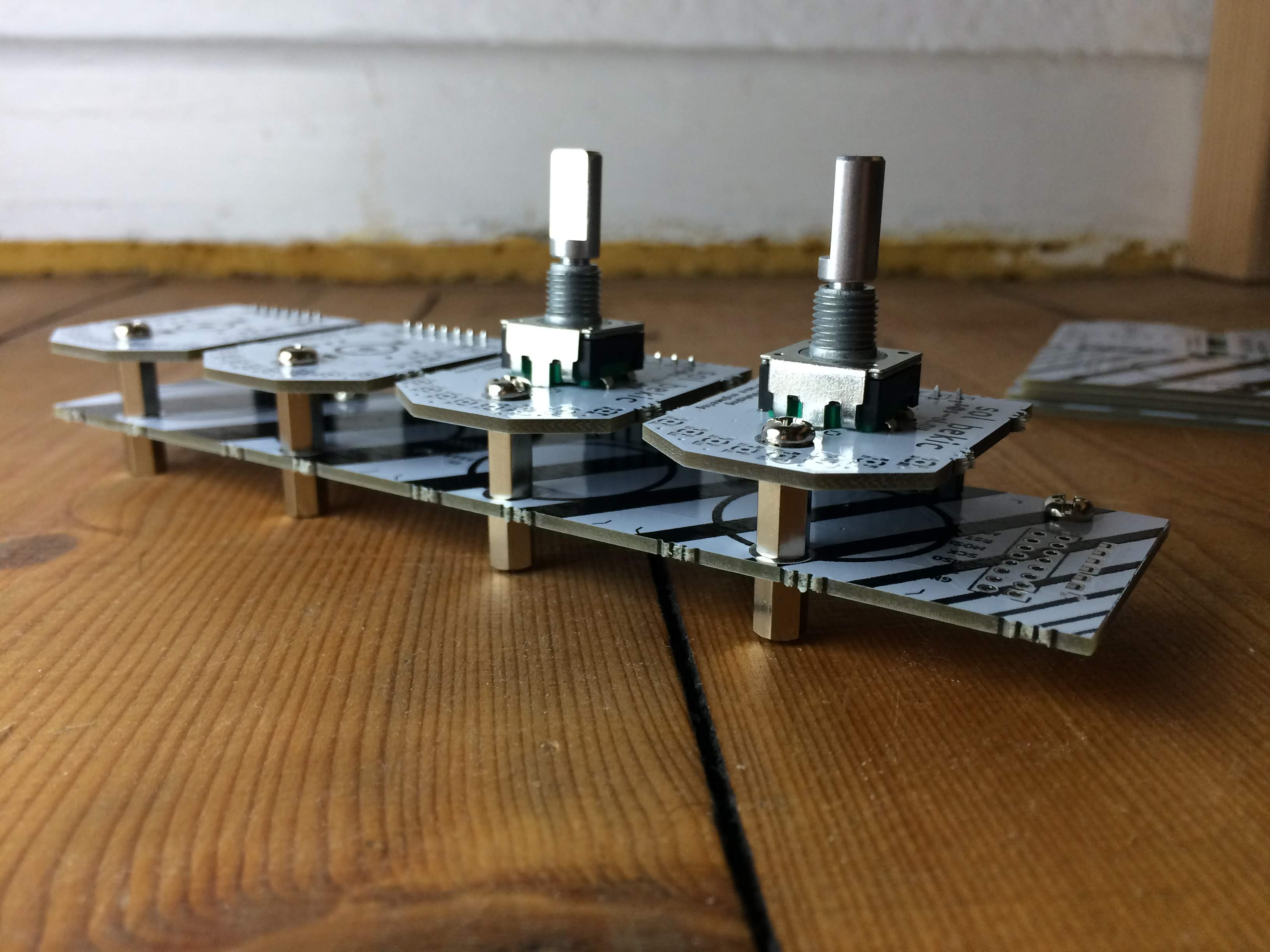 I also contacted some suppliers of machined aluminum knobs online and ordered a some samples from one of them.

I selected only knobs that are made made from solid aluminum and that use a set-screw for fastening to make sure that the aluminum and the encoder would make electrical contact through the set-screw, which is required for the capacitive sensing to work (at leas the way I implemented it). 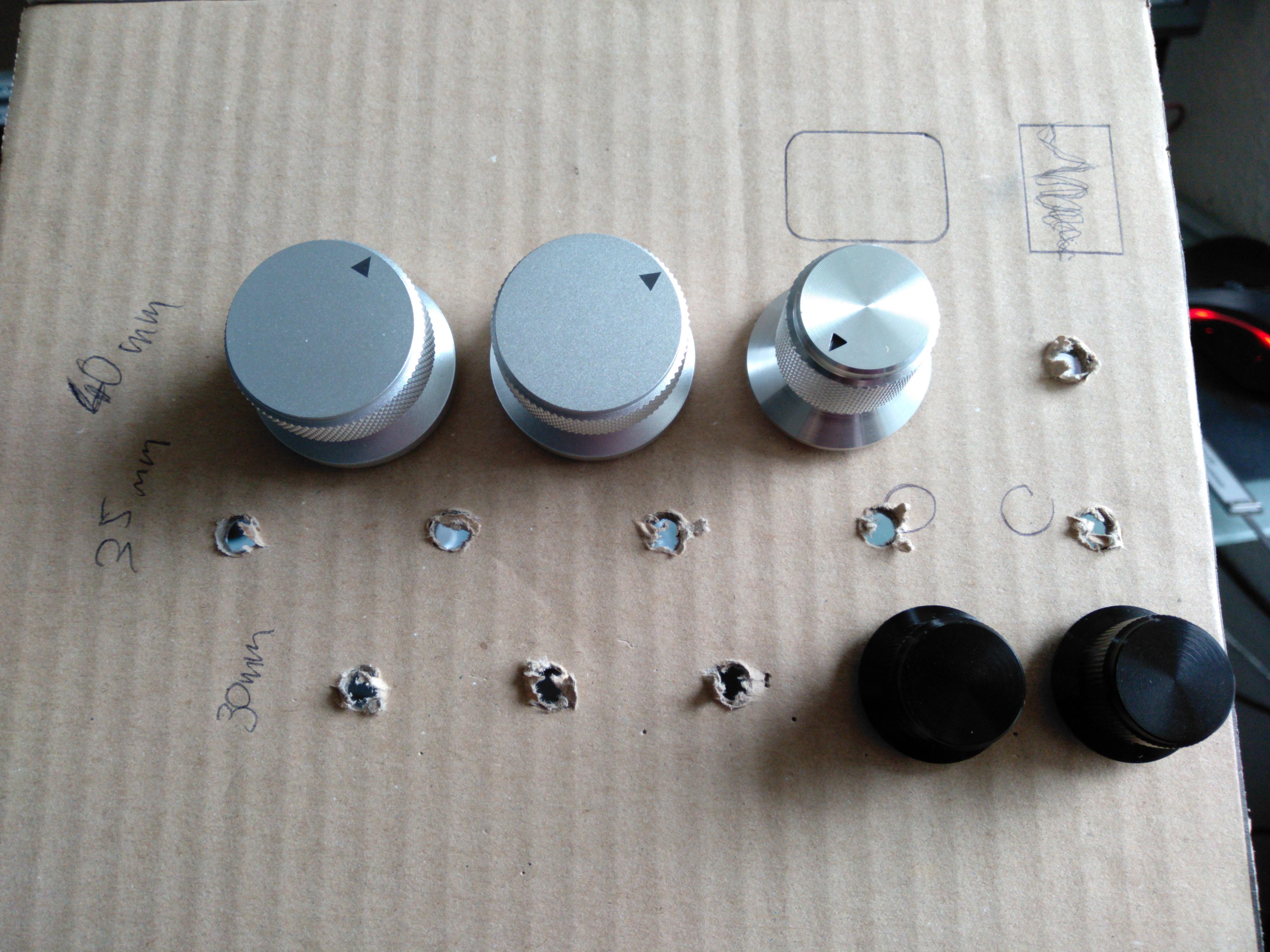 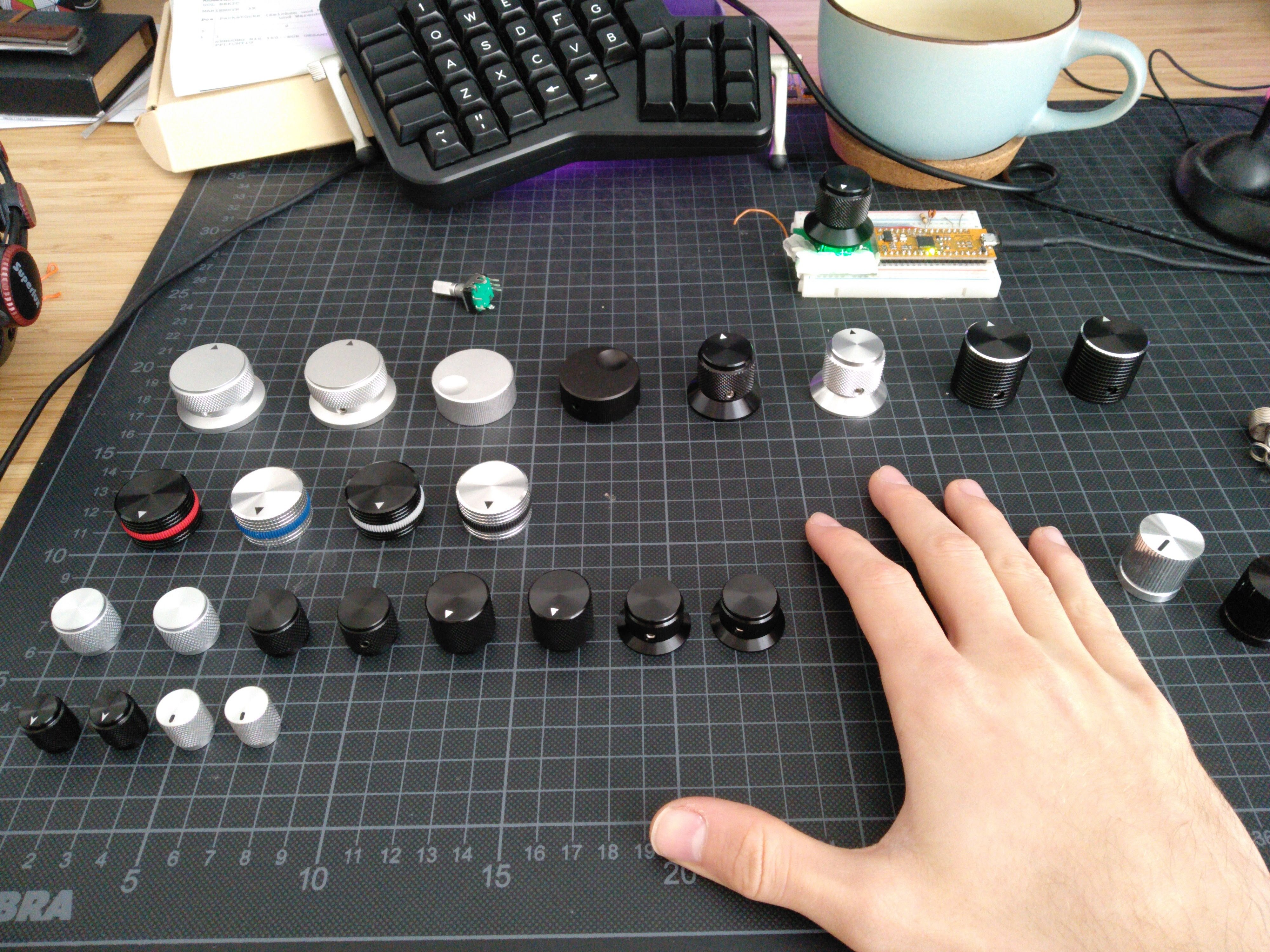 The daughterboards and controller communicate over a custom SPI protocol I designed. The controller configures the daughterboards on boot or request from the PC. It sends and receives OSC messages over SLIP-encoded Serial. On the PC a small nodejs application relays the OSC messages over UDP or WebSocket, so that native and web applications can consume them and interact with the control surface.